In 1894, during an eventful year in the boomtown of Rochester N.Y., two prominent lawyers, Nathaniel Foote and James S. Havens, formed a law partnership that evolved into today’s Harter Secrest & Emery LLP. Foote & Havens opened its office downtown in the newly constructed Ellwanger & Barry Building, colorfully described by one historian as “resplendent with blue and yellow tile floors, imitation brick walls, and potted rubber plants and ferns”- a decorating style not exactly shared by the Firm today. The Firm’s founding coincided with the opening of the Seneca Park Zoo, the laying of the cornerstone at the Monroe County Courthouse (now the County Office Building), and the initial manufacturing of Zeiss patented optical goods by John Jacob Bausch and Henry Lomb.

Foote & Havens opens in the Ellwanger & Barry Building in the Four Corners neighborhood of downtown Rochester. At eight stories, it is one of the city's first skyscrapers.

James Breck Perkins joins Foote & Havens and enters politics while practicing law. He is elected to the New York State Assembly and then to the U.S. Congress where he served for ten years.

The Firm changes the name to Perkins & Havens.

Susan B. Anthony, a pioneer leader of the women's suffrage movement, dies in Rochester at the age of 86.

The Memorial Art Gallery on the University of Rochester's Prince Street Campus is founded. It was a gift from Emily Sibley Watson as a memorial to her son, architect James Averell.

James S. Havens achieves fame for his political leadership in the State Democratic Party, and for his courtroom victories defending major newspapers in libel actions. In 1917, he accepts an offer by his friend, George Eastman, to serve as the first General Counsel of Eastman Kodak Company.

George Eastman founded the War Chest and raised $4.8 million to aid the war effort. In 1919, the War Chest was renamed the Community Chest and later became what we now know as the United Way of Greater Rochester.

As the devastating battles of World War I concluded, the Firm, then known as Havens, Mann, Strang & Whipple, celebrates its 25th anniversary.

During its second quarter, the Firm endured the national and global challenges presented by Prohibition, the excesses of the Roaring Twenties, the extreme hardship of the Depression, and the horrors and upheaval of World War II. Through it all, the Firm held its course and maintained its culture, led by the quietly forceful, unpretentious, and visionary leader, William F. Strang.

Nathaniel Foote retires from the bench, and at the age of 70 rejoins the firm he started, then known as Mann, Strang, Bodine & Wright.

This era enjoys a blossoming of higher education institutions in the Rochester area (most of which the Firm currently represents), including the dedication of the University of Rochester’s River Campus.

Franklin D. Roosevelt becomes the 32nd President of the United States and launches the New Deal to help the country recover from the Great Depression.

After a highly decorated military career, Richard (Dick) B. Secrest joins the Firm and becomes a partner in a record three years.

Aided by the arrivals of R. Clinton (Clint) Emery (pictured) in 1954, and Nathan (Nick) J. Robfogel and Thomas A. Solberg in 1959, Harter Secrest & Emery becomes the “go-to” Firm for closely held corporations in the region.

Rosa Parks refuses to relinquish her seat on a Montgomery, Alabama bus, an important precursor to the civil rights movement.

Upon her death, longtime client Margaret Woodbury Strong left a remarkably flexible will drafted by Don Harter. As a result, Mrs. Strong’s eclectic collections of dolls, doll houses, and toys were transformed into The Strong, National Museum of Play and the National Toy Hall of Fame. (photo provided by The Strong)

By 1970, the Firm was among Rochester’s largest law firms, having grown to more than 40 lawyers as new, specialized practice groups formed to serve clients in developing areas of the law. In 1975, Ellsworth Van Graafeiland, a recent president of the New York State Bar Association and the leader of the Firm’s litigation practice, was appointed by President Gerald Ford to serve as a judge on the prestigious United States Court of Appeals for the Second Circuit. As a result, a name change was in order, and the Firm became Harter Secrest & Emery.

Robert N. Latella, a partner in the corporate group, is chosen as the first Managing Partner of Harter Secrest & Emery.

HSE partners adopted a new and unique “lockstep” compensation structure. Under that system, which is still in place today, HSE partners are compensated based on their seniority at the Firm, rather than client billings or similar measures. This system differentiates the Firm from our competition and is at the core of the Firm’s culture of collaboration and commitment to always putting client needs first and ensuring that the most appropriately experienced and cost-efficient attorneys are assigned to each matter.

After receiving an offer from the Firm in the early 1970s, Susan M. Brandt pursued her legal career in New York City before joining HSE and later becoming the firm’s first female partner in 1984.

Louise M. Slaughter, D-Fairport, is elected to Congress, defeating incumbent Fred J. Eckert. She served 31 years until her death in 2018.

The Firm opens offices in Albany and Syracuse, New York.

The Firm grows to 100 attorneys for the first time in its history.

The Firm opens an office in Buffalo, New York. Over the next 25 years, the office, led by partners such as John G. Horn (pictured left) and Anthony D. Mancinelli (pictured right) grows to more than 30 attorneys. The firm has taken its place among the most influential Buffalo law firms, representing many of the most significant companies and institutions throughout the Buffalo Niagara region.

Militants associated with the Islamic group al-Qaeda hijack four airplanes and carry out suicide attacks against targets in the United States, killing nearly 3,000 people and injuring 6,000 others.

Maureen T. Alston is elected as the first female Managing Partner. She served in that role for eight years.

The University of Rochester becomes the area’s top employer with over 17,200 employees.

For the third year in a row, Harter Secrest & Emery receives the #1 ranking in The American Lawyer Midlevel Associates Survey.

Barack H. Obama defeats John S. McCain to become the 44th President, making him the first African-American president in the history of the United States of America.

Partner and founder of the Firm’s Government and Internal Investigations practice group, Brian M. Feldman, was selected by the New York Law Journal as a recipient of the Rising Stars award.

Harter Secrest & Emery is honored as the Pro Bono Firm of the Year by The Daily Record. The firm also won a precedent-setting Pro Bono victory for the rights of disabled and chronically-ill prisoners, as well as for the rights of members of any certified class.

News About Our Celebration 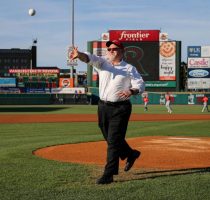 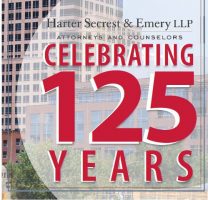 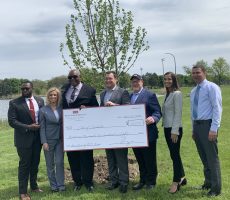